Casement Windows That You Can Depend On

Kempenfelt Windows & Doors offers a wide range of casement window options. Available with crank hardware, or a simple manual-push system, casement windows can be built to fit your needs. Many casement windows are also fitted with interior screens to keep pests and exterior debris from entering your home while the window is open.

Casement windows can be found just about anywhere in a home; from the living room, rec room and kitchen, to bedrooms, laundry rooms and garages.

What Are Casement Windows?

Casement windows are considered one of the most common window types that you will find on homes just about anywhere. A casement window is one that is hinged at the side and opens outwards like a door. It is highly likely that you have a casement window somewhere in your home! 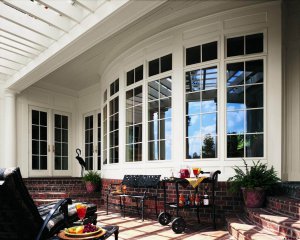 Kempenfelt only provides customers with the highest quality window products available. Our casement windows include premium features such as:

A Brief History of the Casement Window Design

Casement-style windows have been around for quite some time. They made their first regular appearance at the end of the 18th century, where they became a popular choice for replacing older mullioned-style windows. Because of the difficulties of glass production at the time, the earliest casement windows were usually comprised of many smaller glass panels, rather than one or two large panels as is common today.

The earliest frames were made with wood, eventually moving to iron and then more durable modern materials such as uPVC and aluminum. These material changes, coupled with advancements in glass making, helped casement windows become highly efficient. 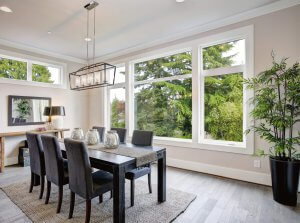 Producing and designing some of the highest quality casement, awning, hung, tilt & turn, and slider windows available, Euro Vinyl window systems are available in a wide range of design patterns and colours. These systems are built with uPVC vinyl which is highly efficient, scratch resistant, and chemical resistant. Built with galvanized-steel-reinforced frames, maintenance-free vinyl and fusion-welded frame and sash corners, the Euro Vinyl products offered and installed by our expert installers are built to last, be very low maintenance

The Benefits of Casement Style Windows

Efficiency That Saves You Money

We’re proud to work with highly efficient window products. Casement windows from Kempenfelt Windows & Doors are highly efficient; saving you money on your heating and cooling bills. With Kempenfelt, you can trust that you will be receiving a quality product that performs in efficiency.

Trust the window dealer and installer voted Barrie’s favourite window company for 21 years. Kempenfelt has been providing residents and businesses in and around central Ontario with the highest quality windows and installation services for over two decades. We make sure that all of our products are quality, built to last and perform and are installed with care and respect for your home. 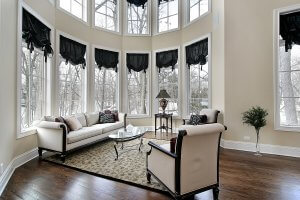