What Are Bow Windows?

Bow windows are similar to bay windows but with small twist. Unlike bay windows which are comprised of three windows that extend from your home’s exterior wall, bow windows are generally comprised of four or more windows that extend from your home allowing for larger window expanse over that of bay windows. The main idea is that with more windows it is possible to create a smoother outward curve from the outer wall of the building, while also allowing more natural light into your home.

Typically, bow windows don’t protrude as far from the wall as bay windows, but due to the flexibility of the design, many design options are possible. Bow windows can generally be configured with any type of window including standard casement windows, hung windows and picture windows. Most often, bow windows are fitted with casement windows on the outer sides, with fixed picture windows in the middle. Bow windows are most often found in family rooms, living rooms and master bedrooms.

Why Go With Bow Windows?

Bow windows allow for many unique design opportunities due to the nature of their structure. Being comprised of many windows placed side by side, bow windows can create smooth curves that extend creatively from external walls.

If catching a magnificent view is an objective, bow windows are an excellent option due to their large glass viewing area. Bow windows are also great for filling a space with natural light.

Manufactured in Canada, our bow windows are made using our unique German-engineered, window products. We are proud to offer amongst the highest quality window products in the area, with features such as:

Producing and designing some of the highest quality casement, awning, hung, tilt & turn, and slider windows available, Euro Vinyl window systems are available in a wide range of design patterns and colours. These systems are built with uPVC vinyl which is highly efficient, scratch resistant, and chemical resistant. Built with galvanized-steel-reinforced frames, maintenance-free vinyl and fusion-welded frame and sash corners, the Euro Vinyl products offered and installed by our expert installers are built to last, be very low maintenance

Windows That Save You Money

We take pride in the high efficiency ratings featured on the window products we work with. Choosing a window from Kempenfelt Windows & Doors can help you save money on your energy bill by helping to keep your home warm or cool, depending on the season!

Let Our Experts Help Make Your Vision A Reality

Serving central, southern and northern Ontario for over 25 years, Kempenfelt Windows & Doors maintains the expertise to help get your project off the ground and finished with the highest quality bow windows available. Come visit one of our showrooms to see for yourself the quality of our windows, and to speak to our product and installation experts about your project. 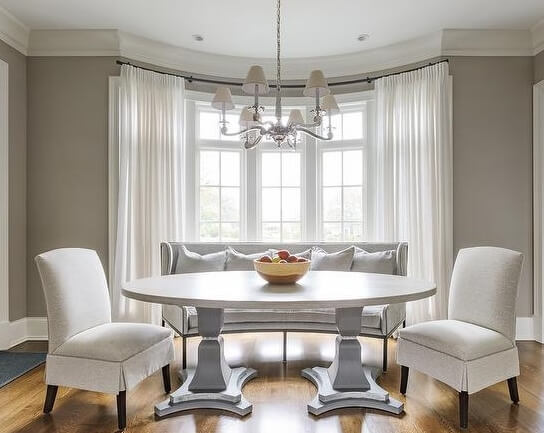