What Are Awning Windows?

In addition, while it is common for some standard casement windows to be part of multiple window combinations, awning windows generally are singular. Exceptions being fixed over awning or vice versa.

Typically, awning windows are commonly placed in spaces where there is more width area than height area. Popular spaces for awning windows include above kitchen sinks, in bathrooms, and above or below stationary picture windows as mentioned above. As with standard casement windows, awning windows use a crank system to open and close easily.

Producing and designing some of the highest quality casement, awning, hung, tilt & turn, and slider windows available, Euro Vinyl window systems are available in a wide range of design patterns and colours. These systems are built with uPVC vinyl which is highly efficient, scratch-resistant, and chemical resistant. Built with galvanized-steel-reinforced frames, maintenance-free vinyl, and fusion-welded frame and sash corners, the Euro Vinyl products offered and installed by our expert installers are built to last, be very low maintenance

What Are The Benefits Of Awning Windows?

Awning windows provide unique benefits due to the way they open outward from the bottom rather than from the side of the window frame. A major upside of awning windows is that they can provide fresh outdoor air in subpar weather conditions due to the fact that the window shields the screen and home interior from the top. This makes awning windows great for use on rainy or even snowy days allowing for ventilation during inclement weather.

Because of their design, awning windows also allow for plenty of natural light to enter your home, with minimal shadowing from the window frame itself.

Casement windows have long been a popular choice for many homeowners in our region, and for over 25 years Barrie residents have favoured Kempenfelt Windows & Doors to fulfill their window and door needs. While casement windows have many benefits, recent years have seen an increasing popularity in awning windows, due to the unique benefits they provide. Manufactured in Canada, our awning windows use sturdy German engineered Rehau systems. Just like our casement windows, our awning windows feature fusion welded vinyl chambers and shadow grooved welds for strong and aesthetically pleasing corners that appear seamless, and never need to be touched up. 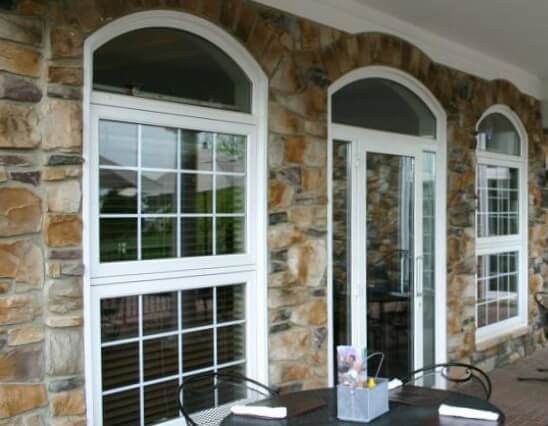 If you’re looking for a window that can provide excellent ventilation, let in plenty of natural light with minimal obstruction and want a reliable and quality window product, visit one of our showrooms to view our selection of awning windows, and speak to one of our window professionals to find out if your project could benefit from the awning window design.

To learn more about our Canadian made awning windows, get in touch with us today or come visit our showroom to see and experience the unique benefits of awning windows for yourself! 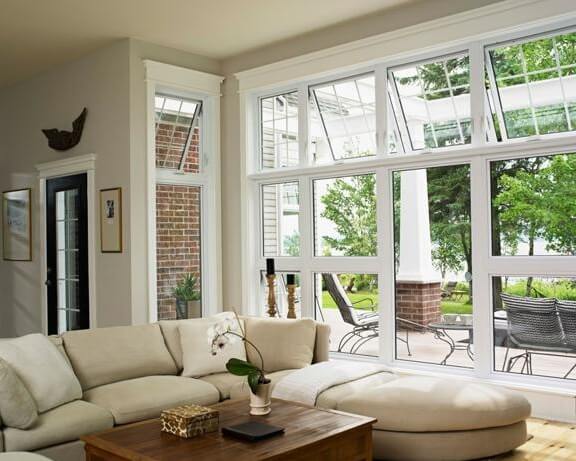