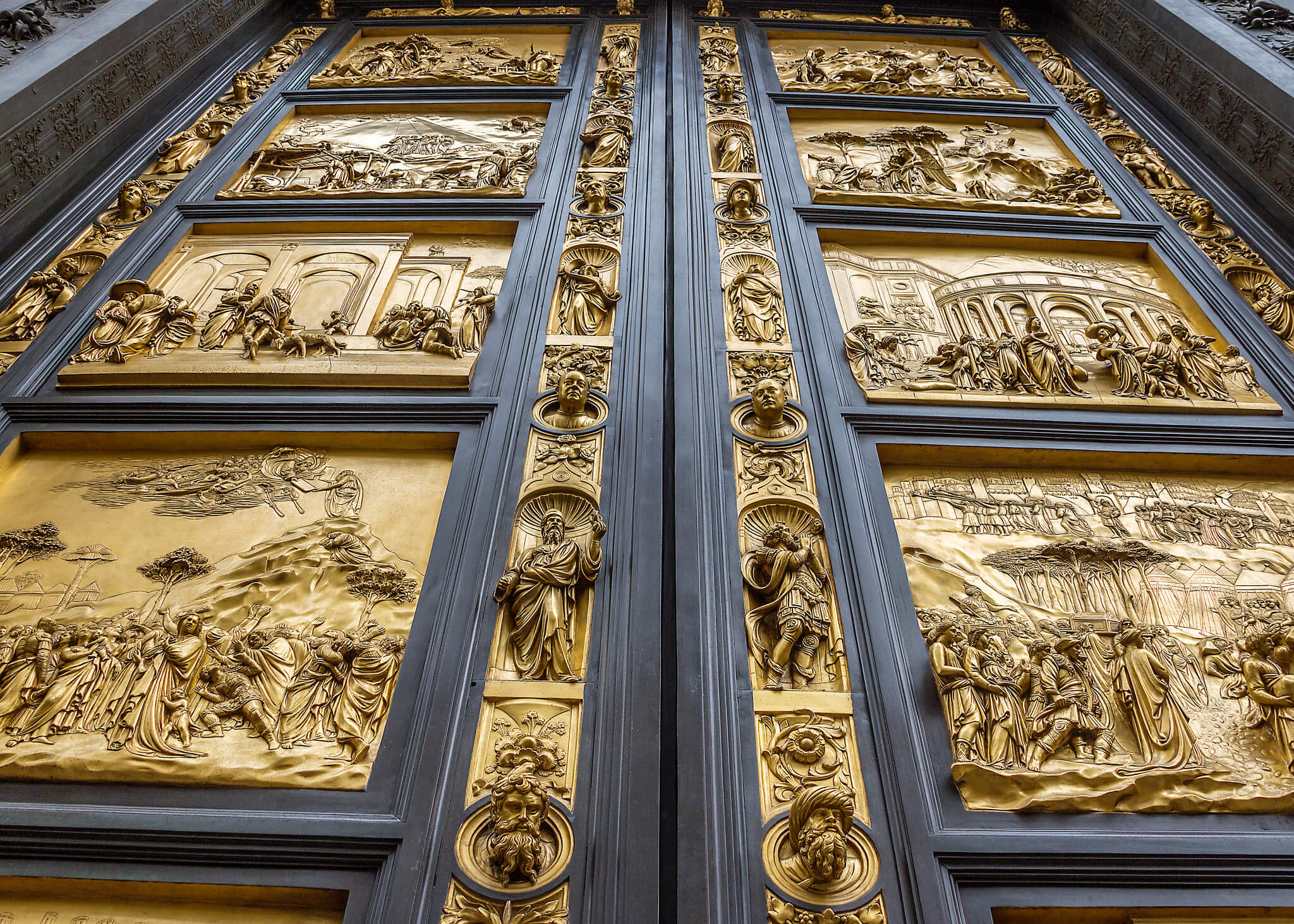 Top 5 Most Impressive Doors in The World

It’s no understatement that your front door can leave a big impression for anyone visiting your home. The style, colour, and material of the door can all leave different impressions. We’ve previously written about all the different considerations that go into picking a front door.

There have been many impressive doors in history. Doors that have elaborate histories along with their elaborate designs. We thought it would be fun to highlight some of these famous doors for you today, arranged from newest to oldest. 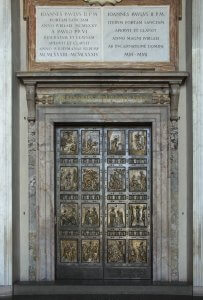 The famous Holy Door at St. Peter´s Basiica in Rome (Italy) with rich adornment and decorations

The Holy Door, also known as Porta Sancta, is only ever opened during the Holy Year (Jubilee), which occurs every 25 years. At all other times, the door is blocked with cement to keep people from passing through it. The current door was cast in bronze by Vico Consorti in 1950. The various panels on the door depict various biblical references. 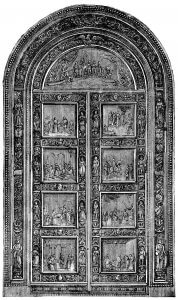 The Columbus Door at the United States National Capitol building

The Columbus Doors, also known as the Rogers Doors, are a pair of impressive doors first installed in 1871 on the East Front of the United States Capitol. These massive doors are made of solid bronze, measuring up to 17 feet in height and weighing about 20,000 pounds. The various panels of the door depict the life of Columbus with elegant depth and detail.

Sources: Architect of the Capitol, Wikipedia

3. The Gates of Paradise 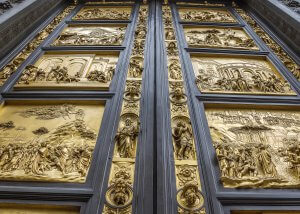 Bronze, gilt-coated doors of the Baptistery of San Giovanni – “The Gates of Paradise” Italy, Florence.

The Gates of Paradise, known in Italian as Porta del Paradiso, are a pair of gilded bronze doors that became one of the defining masterpieces of the Italian Renaissance. They were originally designed for the north entrance for the Baptistery of San Giovanni in Florence sometime between 1425 – 1452. The original doors themselves have been through many hardships but were restored to their full splendor in the early 21st century.

4. Portal of the Last Judgement

The Portal of the Last Judgement. The main entrance door of Notre Dame Cathedral.

The Notre-Dame de Paris is an incredibly historic building and a testament to French Gothic architecture. The central portal on the façade is also referred to as the Portal of the Last Judgement. The carvings around these doors depict the Last Judgement, where the souls of the resurrected are weighed and judged. This was the last of the portals to be decorated, originally crafted in 1230. 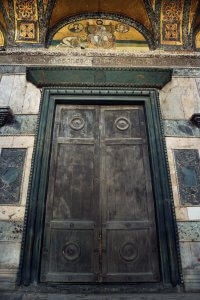 The Church of the Divine Wisdom (Hagia Sophia in Greek) in Sultanahmet, Istanbul was a major engineering feat during the 6th century. The Emperor Door can be found leading into the church’s vast main space and has been referred to by a variety of names, including the Imperial Gate, the Silver Gates and the Beautiful Gates. Although less decorated of the doors on this list, one can’t help but marvel as they comprehend how these doors have withheld through the passage of time.

Have Your Own Masterpiece?

If you’ve recently had your own work of art installed by Kempenfelt Windows and Doors, we would love to share it! Send us any pictures you might have of your front door and tell us how proud you are. We love featuring our completed projects on our photo gallery page with your permission.

If you’re thinking your front door isn’t giving the best impression, it’s time to contact the experts! Our team is more than happy to work with you to find the perfect door for your home. Not only are our doors offer beautiful designs, but the quality will ensure they last throughout the ages. Contact us today to get started!