Kempenfelt Windows has been featured in a recent article written by Fenestration Review: Canada’s Window and Door Magazine!

In a business era that has manufacturers vertically integrating their sales model, it might seem counterproductive for a manufacturer to focus on the window and door dealer, but in the case of Euro Vinyl Windows or Woodbridge Ont., that’s precisely what they did with Kempenfelt Windows of Barrie, Ont.

Early in the planning stages of their recent expansion, Rob Maslen, owner of Kempenfelt Windows, worked with key suppliers to formulate a model and product offering that best represented the new market they had planned to venture further into. “We wanted to be sure our suppliers were on board with this move,” says Maslen. He polled his key suppliers for their support. “Much like our philosophy is to go above and beyond for our customers, I wanted the same from our key suppliers.” With their solid track record over the past 20 years, Kempenfelt’s suppliers were quick to jump on board.

Do you want to read the entire article? You can find the entire piece on Page 12 in Fenestration Review Magazine! 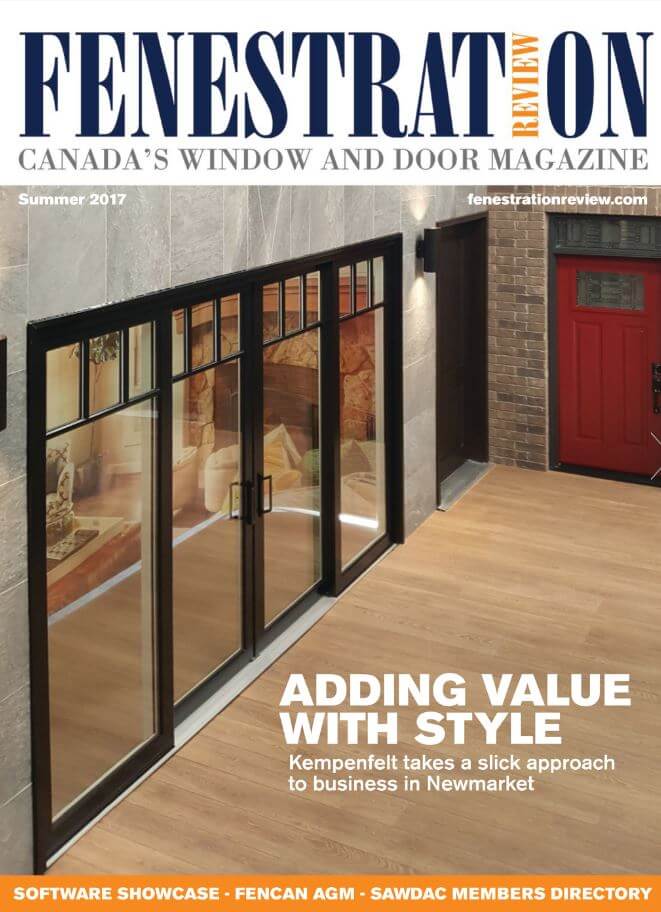